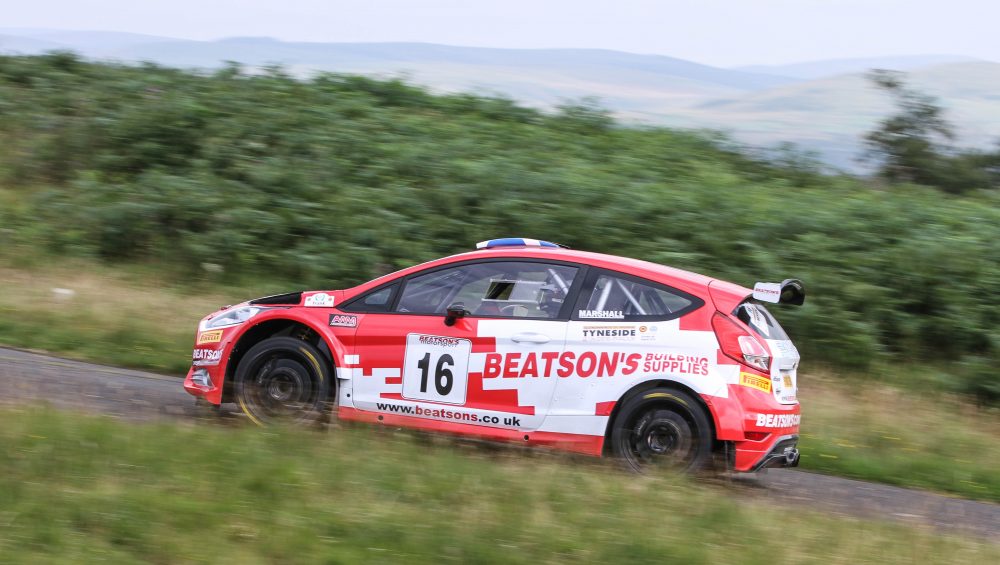 The Beatson’s Building Supplies Jim Clark Rally will blast back into action in 2022 after a two-year hiatus and the Duns based event is preparing to host some of the best drivers in the UK this spring [27-29 May].

Over two hundred competing cars are set to tackle the closed public roads in Berwickshire and organisers have announced that regulations for the popular Scottish Borders rally will be released on the 14 April, just ahead of entries opening four days later on the 18April.

With the rally hosting some of the most popular stage rally championships in the country, the organising team are anticipating a bumper entry to the three-day motorsport event.

“The rally organisers have been working extremely hard to create one of the most spectacular Jim Clark Rally weekends for many years and we are delighted to be progressing our plans towards yet another exciting event for the region in May,” said Dan Wright, Chairman of the organisers Jim Clark Memorial Motor Club.

“Announcing the opening date for entries to the rally is a thrilling time for us all as it brings all our hard work together. We are certain that competitors, rally fans and the community will love what we have in store this year and we look forward to welcoming everyone to Duns at the end of May”.

Due to the pandemic, the rally has not run since 2019 but will return this year with a new look, longer event, and the inclusion in the calendar of many top-line championships. For the first time since 2014, the Motorsport UK British Rally Championship will contest the event, bringing arguably some of the fastest drivers in Europe to the region. They will be joined by the sealed surface experts in the Protyre National Asphalt Rally Championship.

Duns Square will host the now traditional ceremonial start on Friday evening before crews head into the stages for two moorland tests, likely to be under the cover of darkness before returning to Duns for the overnight halt.

Saturday hosts a further seven competitive stages with Duns once again hosting the finish celebrations and champagne spray in the early evening.

Crews in the Reivers Rally will enjoy six classic tests on Sunday with an early afternoon finish to round off a blistering motorsport weekend.

Spectator information will be released closer to the rally and there is an opportunity for those who want to get up close to the action and volunteer to marshal on the event, to attend a dedicated Marshals Training Day in Duns on 9 April. For more information on how to marshal, spectate or enter, visit the event website: www.jimclarkrally.co.uk