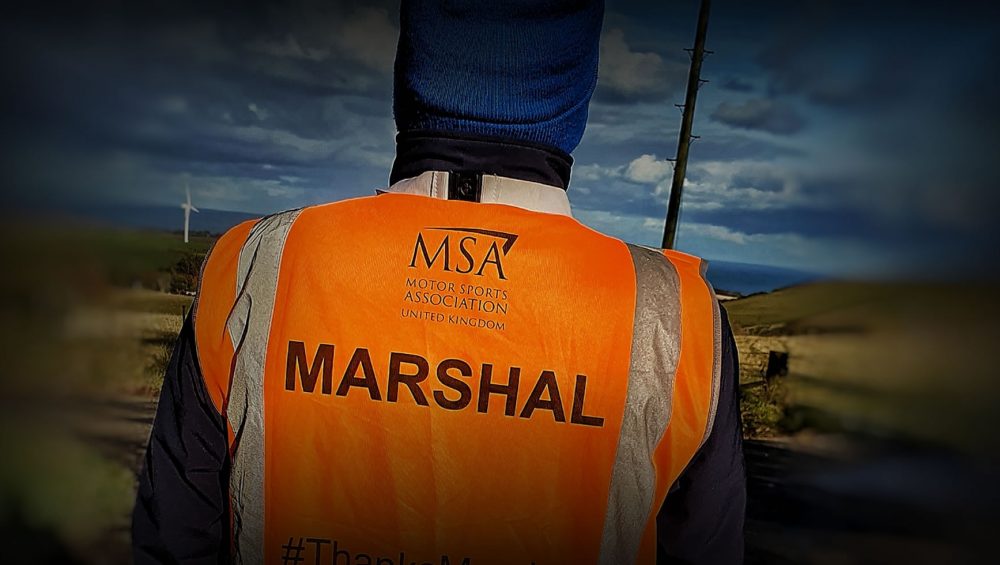 It might still be January but the organising team for the Beatson’s Building Supplies Jim Clark Rally are already firmly focused on the last weekend of May when the roads around Duns will once again echo to the sound of rally cars.

Running over three days, the Rally Great Weekend will welcome competitors from the:

To make the event happen we need your help.

A large marshalling team is required to cover the stages, all of which are run twice: Longformacus on Friday evening; Westruther, Scott’s View and Eccles on Saturday; and Edrom, Ayton and Fogo on Sunday, the start / finish in Duns; and the Service Area near the town.   Whether you are an in-stage marshal, specialise in timing or are a Motorsport UK Licenced Radio Operator, we need you all!  To allow planning to move forward we need to know as soon as possible if you are coming to the event.

Every volunteer will play a very valuable role in the safe and smooth running of the event.  As well as a warm welcome, you will receive a gift from Beatson’s Building Supplies as a thank you.  To offer your assistance please complete the application form available on the rally website HERE.

If you are not already an accredited marshal, there is still time to get registered at

Between now and May there will also be various opportunities to undertake training – both online through a series of webinars and also face to face.  Details are available on the Scottish Association of Motor Sports Club Training Portal

Your support in making sure the 2022 Jim Clark Rally is a success is very much appreciated. 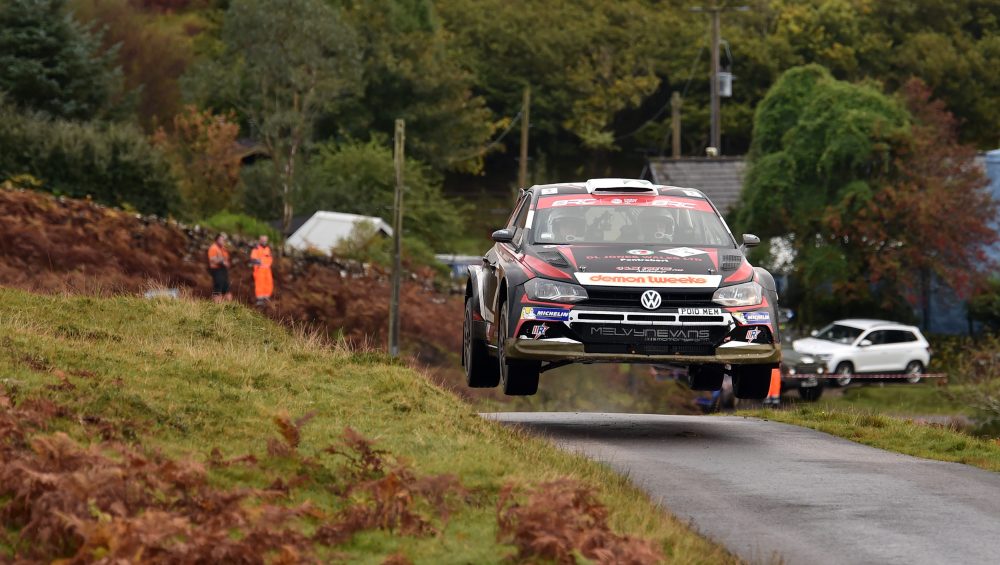 British Rally Championship returns to the Jim Clark Rally in 2022

The exhilarating British Rally Championship will make a welcome return to the Beatson’s Building Supplies Jim Clark Rally on 27-28 May 2022.

In a new look for 2022, Motorsport UK announced a gripping seven-round calendar for next season.

Britain’s premier rallying series will feature a dynamic mix of classic events and exciting newcomers, taking in some of the best gravel and asphalt rallies in the country, visiting England, Scotland and Wales in the process.

Catering for top-flight Rally2 machinery, Junior British Rally Championship contenders and the popular National Rally Title, the new roster will test both reigning champions and new arrivals in a pulsating calendar, with each event stamping its unique mark on the tour.

The British Championship will get underway on a closed road asphalt event for the first time in over four decades as the Corbeau Seats Rally Tendring & Clacton hosts the BRC curtain-raiser in the south east of England. The ground-breaking event was the first English closed road rally back in 2018 and will see the elite BRC contenders tackle the exhilarating Essex lanes in April.

Staying on a sealed surface for round two, the Beatson’s Building Supplies Jim Clark Rally takes the series into Scotland in May and the highly regarded stages around the Duns rally base. With a long history of hosting the BRC, the Jim Clark Rally provides a lively encounter for the crews with two days of closed road action in the Borders to test even the most experienced of champions.

July sees a trip to the world-famous Welsh forests of the Nicky Grist Stages. Having made a return to the BRC bill in 2021, a scintillating battle played out across the rapid and flowing stages which have witnessed many world championship clashes. Expect fireworks on the first gravel round of the season.

Staying in the forests, the Grampian Forest Rally makes a welcome return to the calendar after receiving high acclaim on its inclusion in 2021. The Banchory based rally, just west of Aberdeen in Scotland, provided BRC contenders with a tough challenge as the high-speed forest tests were largely unknown to the title protagonists. The contest for top honours returns to Kincardineshire in August.

The acclaimed Get Connected Rali Bae Ceredigion heralds a newcomer to the BRC tour as the Aberystwyth based closed-road event provides an exceptional challenge across the bumpy and unforgiving moorland roads in September. First run in 2019, the event will offer a journey into the unknown as the Cambrian Mountains provide an ultimate test of car and crew.

The popular Trackrod Rally Yorkshire plays host to the penultimate round of 2022 after making a highly successful return to the calendar this year following an eight-year break. The super-fast and narrow stages in the Yorkshire forests witnessed a thrilling encounter and its Dalby test in the dark will test contenders to the limit at the end of September.

Offering the perfect curtain call on the 2022 season, the Visit Conwy Cambrian Rally retains its October slot and rounds out the British Rally Championship in style. Having the potential to see the champion crowned on the Llandudno seafront, the event takes contenders through world-class forest stages in North Wales.

It’s been an ever evolving landscape over the last two years or so and we have all had to adapt to the challenges we were faced with. But 2021 has arguably been the most successful season in recent BRC history with an exciting fight for all classes in the series and a very impressive list of registrations.

Our 2022 offering is an exciting mix of both gravel and asphalt events, each with individual features and formats. This ensures we can provide the traditional challenge that competitors expect from the BRC and they can also be sure of exceptionally high standards of events expected from the series.

The British Rally Championship is highly regarded and we have worked hard to ensure a cost-effective calendar for 2022. We hope that we will yet again see the sensational commitment and action from some of the best drivers in the business next season.” 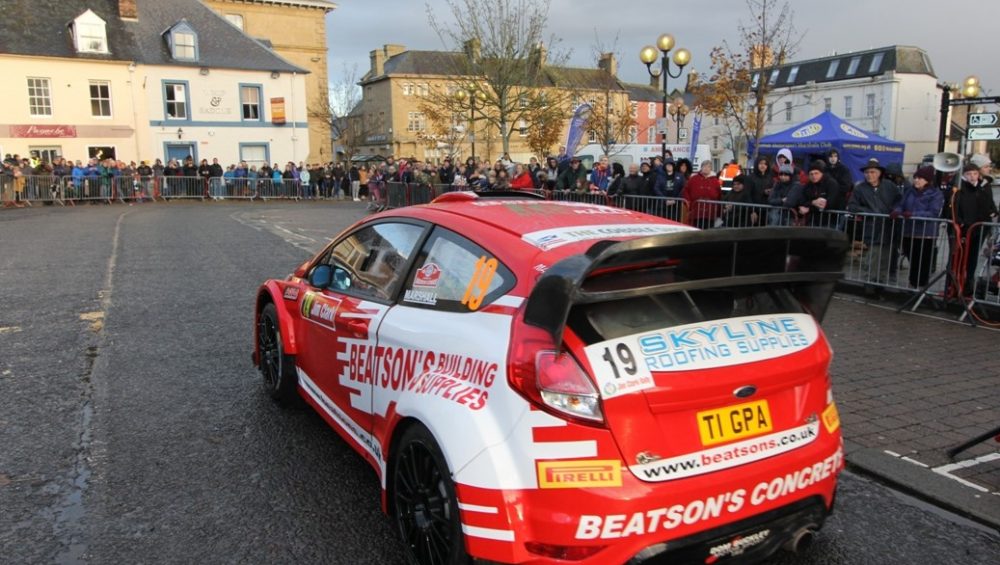 On a weekend which should have echoed to the sounds of rally cars and huge excited crowds enjoying themselves watching motor sport, there will be instead be the sound of silence and a feeling of emptiness around the Berwickshire roads this weekend.

Thousands of organisers, competitors, marshals and rally fans who should have been in the Scottish borders over the weekend of 29-31 May for the Beatson’s Building Supplies Jim Clark Rally are instead confined to home. Covid-19 has not only blighted all sports and leisure activities, it has scarred the whole nation’s domestic and business life.

It is now two months since the organisers of this year’s event announced its cancellation, but that hasn’t stopped the work or the planning. Already the team are looking ahead to a resumption of something like ‘normal’ next May a year from now.

A vital part of the team is the event sponsor, Beatson’s Building Supplies, who have already committed their support for next year’s event giving the whole amateur organising team a boost. John Marshall, MD, said: “Things are looking bleak at present for all sports, and although times are tough for businesses too, Beatson’s Building Supplies have agreed to support next year’s event. The volunteers did a tremendous job getting the show back on the road last November and things were looking good till Covid-19 struck. So the best we can do is continue to back their hard work and efforts. Here’s to a cracking event next year.”

Rally Chairman Dan Wright welcomed that commitment: “The work that has already been undertaken will not go to waste and will provide a sound basis for next year’s event, whatever is required. To have the continued support of Beatson’s Building Supplies is a mark of confidence in what has been achieved over recent years and takes a great weight off our shoulders as we prepare for next year.”

At this stage, no-one is quite sure how badly the sport of rallying will be affected. The sport’s governing body, Motorsport UK, are already looking at new formats and these will of course be determined by any new regulations and requirements by local and national government.

Like any front running rally crew, the team is poised on the start line just waiting for the flag to drop, and get motor sport back on the road for the weekend of 28-30 May next year.

From all of the 2021 Beatson’s Building Supplies Jim Clark Rally organising team. 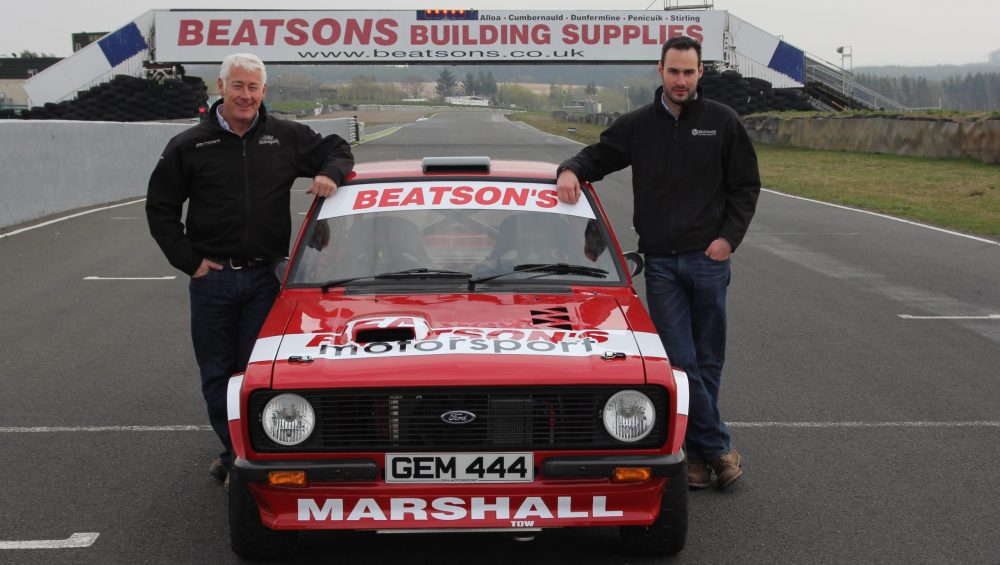 The organisers of the Jim Clark Rally are delighted to announce that Beatson’s Building Supplies will be their headline sponsor for this year’s event which will take place over the weekend of 29-31 May 2020.

Scotland’s top independent building supplies company, Beatson’s are as well known in motor sport as they are in the building trade.

The company already sponsors the annual Beatson’s Building Supplies Mull Rally in October each year and they sponsor the Spectator’s Bridge at Knockhill Racing Circuit.

Former motor racing driver, and currently enjoying a successful switch to rallying, Managing Director John Marshal said: “My son Ross, who is also a director in the family business, and I both enjoy motor sport and this involvement is all about putting something back into the sport from which we derive so much enjoyment.”

“Having our name associated with two of Scotland’s best rallies helps the business as well,” he continued, “the Mull Rally is pretty unique because of its Inner Hebridean location. The Jim Clark Rally is pretty unique too, but is more easily accessible for rally fans as it takes place on the Scottish mainland. Jim Clark was also one of my boyhood heroes when I was growing up and it’s just a pleasure to be able to support two of Scotland’s best loved motor sporting events.”

Rally Chairman Dan Wright said: “We are delighted to welcome Beatson’s Building Supplies on board as the Jim Clark Rally’s headline sponsor. This will provide a great boost to the whole team who have been working hard to make this year’s event even better.”

Deputy Clerk of the Course Colin Smith added: “Plans are already well advanced for this year’s event at the end of May so the news from Beatson’s Building Supplies is a big encouragement for the whole team behind the scenes. This year we are planning 13 Special Stages using 7 separate stretches of public road. This will include one brand new section that hasn’t been used before! The Regulations are being finalised now and Entries will open at the beginning of April.”

Beatson’s Building Supplies is the biggest independent building materials supply firm in Scotland servicing the whole of the building industry across the country from its five central locations in Alloa, Stirling, Dunfermline, Cumbernauld and Penicuik. 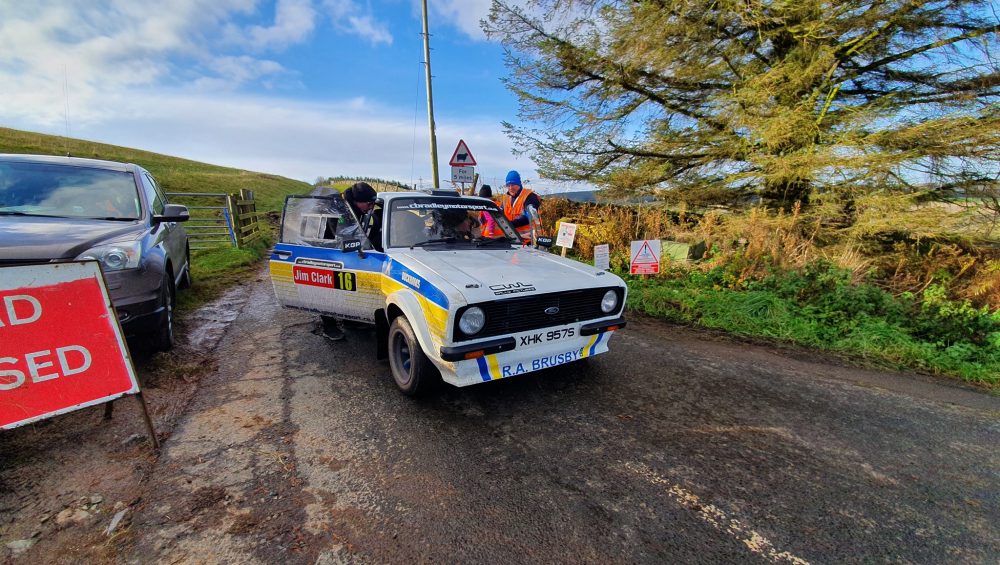 The first car will leave the start ramp at 1000 on Saturday morning, with the first car expected to finish the event at 1900. There will be 3 stages run twice during the day, with an expected distance of 48 miles. In the evening 1 stage will run twice with an anticipated distance of 22 miles. This gives a provisional total mileage of 70 miles. Prize giving will be on the podium.

The first car will leave the start ramp at 1000 on Sunday morning, with the first car expected to finish the event at 1400. There will be 3 stages run twice during the day. This gives a provisional total mileage of 45miles.

Rally HQ will be at Duns Rugby Club, where camping will also be available. Service is also in Duns and will be on grass. Route note suppliers will be: Scotmaps, On the Pacenotes and Pattersons Pacenotes.

Entries are expected to open on Thursday 2nd April.